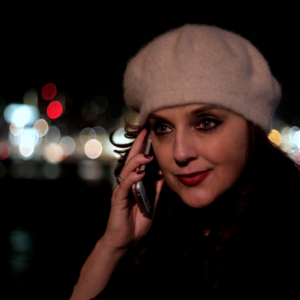 Originally from South Africa, Suanne began her career in television by hosting her own travel series ‘Bon Voyage’ which ran for 5 seasons, winning the Star Tonight Award for Television Excellence. She also co- hosted the Miss World pageants in 1992 and 1994. During this time, Suanne worked on stage and television portraying lead roles in two of South Africa’s most popular television series – ‘Konings’ (Kings) and ‘The Big Time’ 1&2.

After a brief visit to the USA, Suanne was signed by the William Morris Agency and moved to Los Angeles spending the next 10 years there. Television highlights during this time include ‘Prowler’ (CBS) directed by Academy Award Winner Peter Bogdanovich, ‘Whose Line Is It Anyway?’ (FOX), ‘Just Shoot Me’ (NBC), ‘Wings’ (NBC), ‘FX-The Series’ (The CW), ‘The West Wing’ (City Live NBC) and a recurring role in ‘Stargate SG-1’ (MGM and SKY). Theatre credits during this time include ‘Private Lives’ (Fleur Du Cap Best Actress Award), ‘Offbeat Broadway’ (Fleur Du Cap Best Actress in a Musical), ‘The Secret Lives of Henry and Alice’, ‘Lend Me A Tenor’, ‘Bedside Manners’, ‘Things We Do For Love’ (Best Actress Nomination), ‘A Slice Of Saturday Night’, ‘Nunsense’ and a 6-month stint with The Groundlings Comedy Group in Los Angeles, which led Suanne into the world of stand-up comedy. Her debut act won the Funny Bones Newcomer Award in 2007.

When not acting, Suanne works as a chef for the bakery/deli she co-owns with her husband. For updates on her career please follow her on Twitter: @SuanneBraun or Instagram: @suannebraun

“Sadly I don’t have any funny anecdotes about moving… I have had to relocate to not one but THREE continents in my life and suffice to say - I never want to move EVER again.”