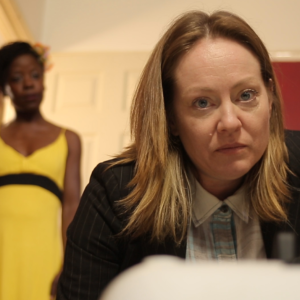 For television Rosie has worked on productions including ‘Eastenders’, ‘Doctors’, ‘Judge John Deed’, ‘A Touch of Frost’, ‘The Bill’, ‘Family Affairs’, ‘Dream Team’ and ‘Second Sight’.

She has appeared in two feature films: ‘Women & Children’ and ‘Enigma’.

“I have moved house at least 5 times over a period of more than 10 years carrying with me the same tin of ‘Prunes in Light Syrup’. They have become something of a talisman which I vow never to open but to always keep in the cupboard.”