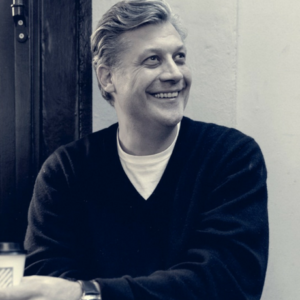 Professor Stefan Allesch-Taylor CBE is a London-based financier, entrepreneur, charity chairman and philanthropist with over 25 years’ experience in business start-ups, turnarounds and public companies. He has served on boards in Europe and the USA as CEO, chairman or senior non-executive director for both public and private companies. He has served on the boards of companies in the property, retail, industrial, financial services, banking, asset management, hospitality, technology and medical sectors.

Stefan is a recognised advocate of using entrepreneurship as a force for social change and social mobility in both the UK and Africa. He is the chairman of Pump Aid, an international charity providing clean water and clean water solutions to Zimbabwe and Malawi. Since inception Pump Aid has provided over 10% of all rural water points for both countries, providing clean water to more than 1.5 million people. Pump Aid is a multi award-winning charity, winning Charity of the Year 2017 (International Aid & Development) at the UK Charity Awards for its self-supply entrepreneurial driven solution. The Charity has won financial support from the UK’s Department for International Development for the last five years and has partnered with many respected NGOs including UNICEF.

Stefan is the chairman of Team Up, a charity in the UK recruiting a volunteer network of university students to give tuition to the most disadvantaged children attaining their GSCEs in the UK. He is also the deputy chairman and co-founder of the Central London Rough Sleepers Committee (CLRSC), providing events and assistance to vulnerable homeless people in Central London. Since its founding 10 years ago the CLRSC has provided events every two weeks and served over 12,000 meals in restaurant pop-ups. Stefan also chairs a number of social ventures and socially impactful start-up businesses in the UK and South Africa.

Stefan is a supporter of diversity and new talent in film-making, having been an executive producer on over a dozen short films and a feature, regularly adding to his slate. He is a partner and judge for the annual Triforce Short Film Festival, promoting diversity in film, held at BAFTA each year.

In 2016 he was appointed the first professor in the Practice of Entrepreneurship at King’s College London, a globally ranked top 20 university. Stefan lectures and provides master classes at both the Business School and the Entrepreneurship Institute.

Stefan was appointed a CBE in the Queen’s New Year’s Honours 2014 for services to charity and philanthropy in the UK and Africa.