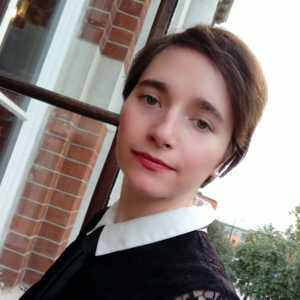 Magda has been working as a cinematographer for over 15 years, the last four years based in the UK. She graduated from the Polish National Film School in Lodz as a Director of Photography in 2010, followed by the Budapest Cinematography Masterclass in 2011 as well as the prestigious documentary course at Wajda Studio in 2005. She has gained extensive experience in different forms: documentaries, narrative film and TV. In the last few years the films she worked on ('Away With Me', 'Brothers' 'My Friend Ivor', 'Ripples', 'Sable Fable', 'Jessamine', 'Katya') won numerous awards at international film festivals including an award for best documentary film for 'A Stranger On My Couch' at the Cracow International Film Festival 2017 as well as best cinematography award for the film 'Brothers' at the 13th international film festival 'Seize The Film' Serbia. Her mother, award-winning film director, editor and photographer Katarzyna Maciejko-Kowalczyk was also her best teacher.