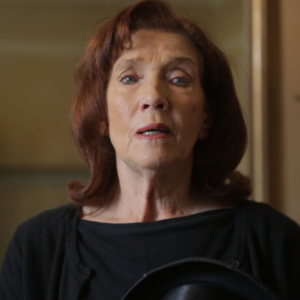 “I was living in Baker Street paying £10 pounds a week in rent when I was approached by some property developers who wanted to pull down all the Georgian houses on my side of the street. I loved this flat. I’d watched the Beatles paint the Apple music building across the road in psychedelic colours, for one thing. The developers offered to re-house me in the area for the same rent or pay me a lump sum of £500. I turned them down. I was a sitting tenant and had rights. Over the course of two and a half years they kept ringing. When I knew it was them I would pretend to be the French maid and tell them – in a heavy French accent – that ‘Linda was not at ‘ome’. Every time they called they had a higher offer and when it reached £8k, I took it – despite thinking of myself as a gypsy and not wanting to own anywhere. I bought my first flat for £10.5k, but then I was skint and had to sell it. So I found a basement flat in West Kensington for less money - not thinking about how I hate living below ground and about how unsafe I feel at basement level. Anyway, there was some sort of weird voodoo - bad vibes in that flat – and never spent a night alone in there for the 11 months I owned it. It was like I was being haunted. One day I came home to ‘‘I’m going to kill you Linda’ painted on the outside wall. So when the property market went up I sold it at a profit and because I was pregnant I decided I needed a house and bought one. So within 5 years I moved three times and then I found the house I never want to move out of and I’ve been here 39 years.”