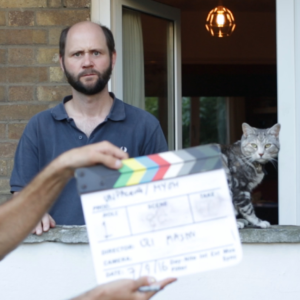 Recent screen credits include: ‘The Death Of Stalin’, ‘Casualty’ and ‘The Keith and Paddy Picture Show’. In the theatre: ‘1984’, ‘The Silver Tassie’ at the National Theatre and in theatre o and Matthew Hurt's ‘The Secret Agent’.

“My father died a few years ago and my mum was left on her own in a house way too big for her in a remote spot in the Scottish Borders. She sold the house to move into a small flat in London. She wasn't ready to move immediately so everything was packed up and sent off to storage. When the moving day came we arrived at the flat with the removal men standing outside the block smoking, larking and generally looking pleased with themselves. They told us they'd already unloaded her furniture. It was in the lobby of the building and they were now waiting for us to open up so that they could finish the job and get home early. When we walked into the lobby it was as though someone had looted one of Saddam Hussein's palaces and dumped the booty in my mother's apartment building. It was all white leather sofas, gilded mirrors and marble effect bed frames - there was even a standing lamp made from gold-plated Kalashnikovs. They looked at my mother and they looked at the Kalashnikov lamp and then it dawned on them - it wasn't her stuff. Sadly, as the machine gun lamp was pretty cool. Dickheads.”