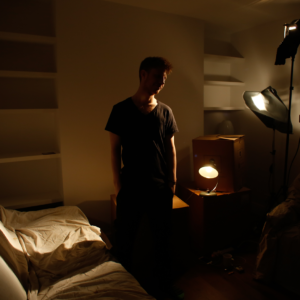 Freddie has been part of the team from the very beginning of production and has worked on every episode, both in location and post. He graduated from SAE London in 2016. Initially interested in electronic music production, after being introduced to the audio for film module, Freddie found his calling - being fascinated by how important sound is in film, and the power it has to completely change the viewers' experience of the moving image.

Freddie has worked across a wide range of different types of film, both on location, and in audio post-production. Notable credits include an online promo for French Fashion brand ‘Facconable’, which won the prestigious VOTD award, as well as recording and sound designing a TV commercial for Nicorette quick mist in the Scandinavian markets. Though he is currently working mainly on commercials, he hopes to progress to mixing big budget feature films.