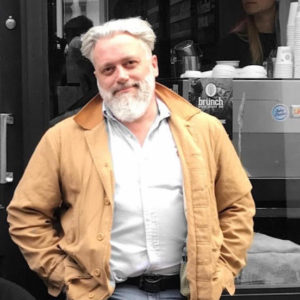 Charles Kay is a UK-based entrepreneur and consultant. He has operated in Sales, Business Development and Customer Retention in both the public and private sectors. Charles is the co-founder and Chief Operating Officer of iSculpt, an innovative medical technology company and under 52VBL Ltd he holds a number of patents in defence medical technologies.

He spent the first half of his career in the Interactive Entertainment industry with companies such as Sega, Virgin, GT Interactive and Codemasters. With the advent of online, he specialised in developing methods of monetising content for gaming, music and film publishers with Exent Technologies and The Royal Bank Of Scotland. Since 2009, Charles has also undertaken various projects on behalf of the private office of Prof Stefan Allesch-Taylor CBE, a London-based financier and entrepreneur. These projects have involved roles within a London-based investment bank, as Commercial Director for a UK-based financial services PLC and Communications Director of the award-winning UK charity Pump Aid. Charles also co-presents Stefan’s Social Experience Radio Show on London’s Soho Radio, interviewing social entrepreneurs based in the UK.