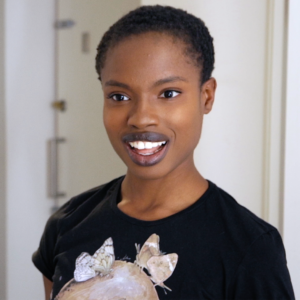 “I had to find a place to rent for two months in London last year (in between shows) and so I considered dog-sitting ‘cause I love dogs and it's a great way to be paid and also nice to have my own space. So I joined a dog-sitting site and was clearly not qualified enough but I still put it out there to the universe that I wanted to move in somewhere where I could look after animals and have my own beautiful space. Lo and behold, I'm looking through Gumtree and this studio flat in Swiss Cottage pops up. When I go to view it I discover the owners’ house is bizarrely attached to the studio but synchronicities of synchronicities they were DOG SITTERS! And instead taking it for two months I grabbed it for two years. Pure joy! The luxury of dogs (no huge responsibilities) and beautiful parks and my own space!! Yippeeeeee. The struggle was real but the realisation of it was SHAMAZING.”